Get fresh music recommendations delivered to your inbox every Friday.
We've updated our Terms of Use. You can review the changes here.

Voyage of the Daring Cornelia

by The John Francis 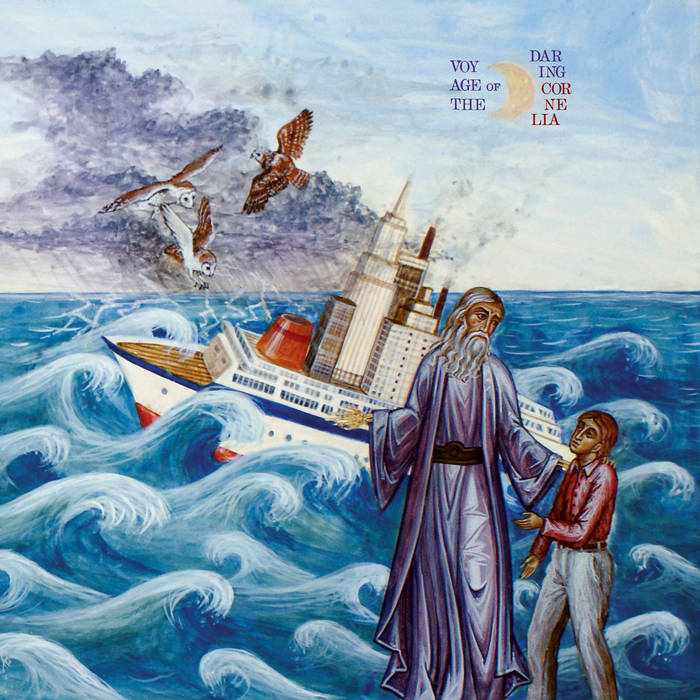 There is a certain poetry that, after drifting from American coast to coast, songwriter and musician Jack Francis now returns to California, the birthplace of his (first) psyche-rock-undead-folk opera: Voyage of the Daring Cornelia. Enduring for just over 35 minutes, the album evokes, in turns, desperation, loss, camaraderie, the damp of the sea and the warmth of the hearth. Of course, none of these are strangers in the music of The John Francis.

The word "sprawling" is used too often when writing about difficult to categorize albums (not to mention the quintessential Californian metropolis), and yet it would be difficult to describe a work that displays such varied tones and moods as anything but. And yet, the "sprawl" serves the story. For Voyage of the Daring Cornelia is a story and its lyrics are better described as libretto, the reading of which may shed some light on the darkly uplifting tale told within the music.

And that music is what guides us along this operatic tale without pause (apart from the turning over of the record). Featuring banjo, synthesizer, bandoneon, electric organ, clarinets, glockenspiel, singing saw, mandolin and the collaboration of a diverse cast (including John Vanderslice and others), the music remains anchored around the baritone guide that is the voice of Jack Francis. It is sometimes soft, sometimes cajolling, sometimes disturbing and sometimes even commanding. Yet Francis’s voice remains a central and neccessary companion through the twists and turns as the music and story take us from shipwreck to floating island to undead mutiny and finally, home.

The John Francis' Voyage of the Daring Cornelia will be available on vinyl record and digitally through Chapeau Records in 2012, officially launching on April 10th — the 100th anniversary to the day that another infamous passenger ship embarked for New York from Southampton, England. This heralds the label's fusion with Rerum Novarum Records, the previous musical home for The John Francis and his ilk.

“Jack Francis and his The JOHN FRANCIS have it all together. Songs written in the theme of Victorian twilight, delivered discerningly with real person emotion, TJF is art.” —SCTAS